What are app extensions?

App extensions allow apps to add interactive features that extend their app’s functionality in Pipedrive’s user interface. The extensions can help users to keep an eye on all of their everyday processes, share context about Deals and Contacts, and above all, interact with different data provided by apps without switching between different tools.

Apps with app extensions bring extra value to their users as your app’s functionality is available directly inside Pipedrive’s UI, which helps to increase its visibility. App extensions increase the app's brand awareness as the app icon will be displayed inside Pipedrive after installation.

Furthermore, your app will have more visibility in the Pipedrive Marketplace as it will be listed under Collections > App extensions in addition to the default categories and the chosen app categories’ sections.

Links are app actions that reroute users from Pipedrive to an external page hosted by your app to complete an action.

JSON modals are modals with predefined components that enable users to complete full actions inside Pipedrive, with the data being consistent between both platforms.

Having your app's data inside the panel with multiple customization methods will make using Pipedrive more contextual, as all information is centralized and easily accessible across different tools.

Custom UI extensions allow an app to extend its functionality by loading any contextual web content in an embedded iframe directly inside different Pipedrive views. It is mandatory to use our SDK for all custom UI extensions.

A custom panel is an iframe embedded inside a panel. Custom panels can be found as a panel in the left sidebar inside the details view of Deals, People and Organizations.

A custom modal is an iframe embedded in a modal that opens when triggered by the user from various menus and links inside Pipedrive.

Custom UI for app settings is a fully customizable iframe surface within the Pipedrive Settings area. The surface can be found when users click on the Settings icon for your app in Tools and apps > Marketplace apps.

Manifest-based app extensions allow an app to create an even tighter data flow with Pipedrive users. These apps can embed themselves into a designated area inside the Pipedrive product and offer alternative sources to complete an action such as messaging, invoicing and video calling. 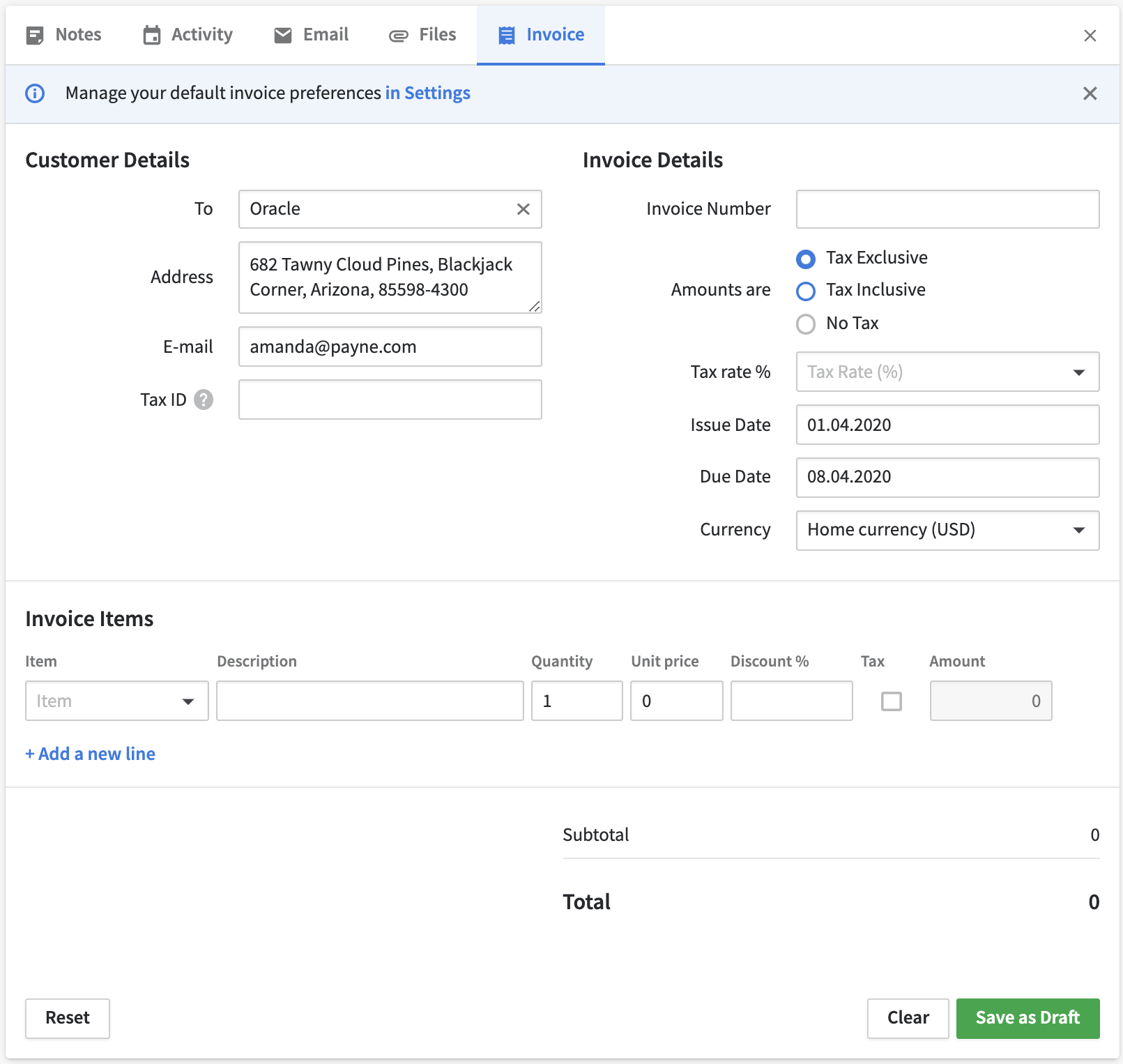 The invoicing app extension allows apps to have an entry point into Pipedrive’s Invoices view. This allows app users to fill in data and create invoices right inside Pipedrive. 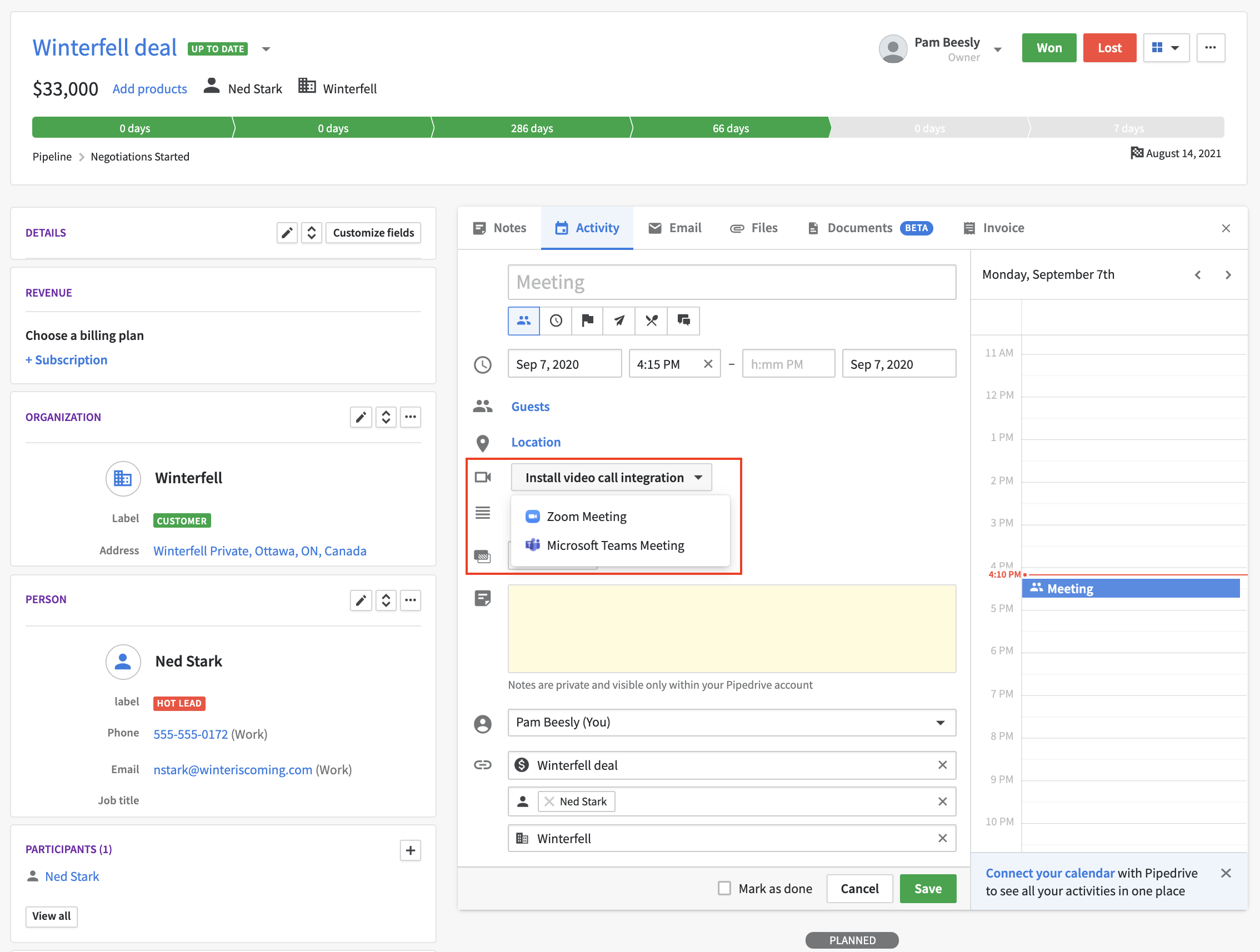 The video calling app extension is an entry point into Pipedrive’s Activities modal. It enables app users to generate and start a video call when setting up an Activity. 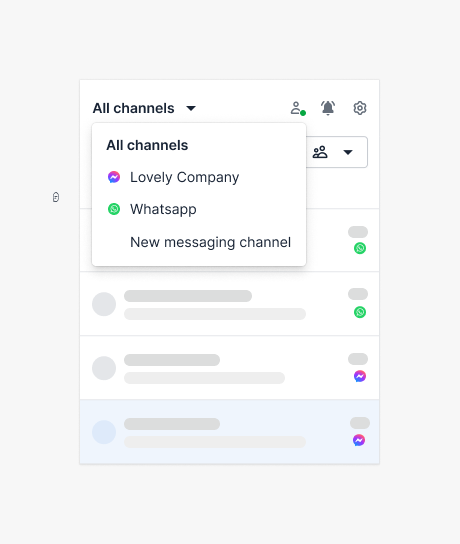 The messaging app extension is an entry point into the Messaging inbox inside Pipedrive’s Leads Inbox. This allows apps to integrate a messaging service directly into Pipedrive and create a seamless flow of receiving and sending messages through a third-party tool.